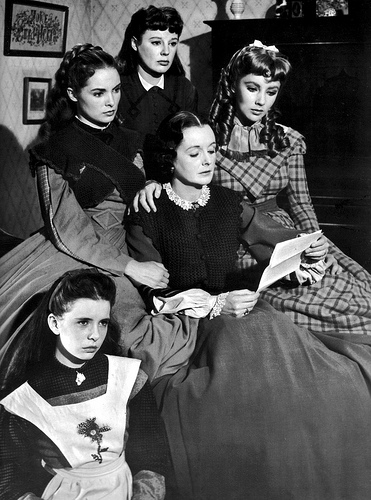 For some the romantic pairing of Gary Cooper as an aging business tycoon and Audrey Hepburn as a young Parisian cellist is unsettling. At 56, Cooper was almost 30 years Hepburn’s senior and showing his age when this film was filmed and released. But if you are willing to look past that one detail, Love in the Afternoon is an enjoyable romantic comedy that should be better remembered as Billy Wilder’s tribute to Ernst Lubitsch.

I am still trying to wrap my head around The Teahouse of the August Moon. Adapted from John Patrick’s Pulitzer Prize winning 1953 play, Teahouse is about Army captain Fisby’s (Glenn Ford) attempts to Americanize Okinawa, a village in the Pacific islands. Marlon Brando plays Sakini, Fisby’s translator, a performance that generates a necessary dialogue about portrayals of non-white characters by white actors in Hollywood films. The Teahouse of the August Moon is a commentary on the postwar time period. You can choose to write off Brando’s performance as culturally insensitive (something that is always easier to do when a white actor portrays as non-white character) or you can choose to see this movie as indicative of a moment in American history that influenced everything.

I will watch anything starring Greta Garbo. Her career and life fascinate me. What theorist Roland Barthes wrote about her (“The face of Garbo is an idea”) is absolutely true and really resonates when watching Wild Orchids. It is a silent film – the eighth of her Hollywood career – that doesn’t offer much. Garbo plays the young wife of a man looking to start business in Java and she receives attention from an unexpected suitor, putting her marriage in jeopardy. This plot is so dull and neither male actor can match Garbo. The immense pleasure that occurs when watching Garbo perform more than makes up for this.

Blue Crush has a weird cosmic hold over me. Maybe it is the girl power theme. Or the totally awesome surfing scenes. Or my realization that Michelle Rodriguez has played the same character since the dawn of time. I think I need to write a tribute post to this movie. It is too ridiculously epic for words.

Wild at Heart is one of those movies that I should watch a few times to not only enjoy but also to move past some of my initial hang ups. I just can’t take Nicholas Cage seriously. (Hm, Cage this week, Cruise last week. Maybe I should just stop reading TMZ.) While I can appreciate Wild at Heart for what it is, until I move past my Cage-phobia enjoying it becomes an issue.

This is basically what happens: Ginnifer Goodwin charms, John Krasinski snarks, Colin Egglesfield (who?) wears an ugly cardigan, and Kate Hudson plays one of the most annoying females characters period. Read my review here.

21 Grams is the kind of movie that stays with you. It is an absolutely gut-wrenching film driven by the performances of Sean Penn, Benicio del Toro, and especially Naomi Watts. The latter two received Oscar nominations for their performances (Penn did win the Oscar for Best Actor that year for Mystic River). But the unsung performer is Melissa Leo; in the few scenes she appears as Marianne, Leo silently dominates. Unlike the other characters she isn’t driven by a question of her existence, just by what she needs to do for her family as her relationship with her husband (played by del Toro) — what was left of it anyways — crumbles. In the scene where Jack tells her that he ran over a man and two girls, Leo shows her strength as an actress as she subtly bridges multiple emotions without overacting.

My initial reaction is that this is a very great and completely enjoyable comedy. Seeing Something Borrowed at the beginning of the week bordered on a tortuous experience. Ending the week with Bridesmaids more than made up for it; the film exceeded my expectations. You can complain about Bridesmaids — it is definitely not that raunchy (but then again the conversations between my friends and I would make some people’s heads spin). But compared to the film I saw earlier this week, Bridesmaids is leagues above most other part rom-coms, part chick flicks that get made.

This is my favorite movie and that is sometimes all you need on a Sunday night. What made it perfect this week was that it ended just in time before Mob Wives started at 8.

A week later and I am still trying to collect my thoughts on this revisionist western. An intriguing story with excellent performances that centers around many of the themes seen throughout Reichardt’s films.

One of the more enjoyable Elvis movies. The pairing of Elvis and Ann-Margret is just amazing.

I Know Where I’m Going! sneaks up on you. Wendy Hiller is Joan, a young woman who sets out to meet her much-older, wealthy fiancé  on the Isle of Kiloran. A storm prevents her from reaching Kiloran and Joan must wait on the Isle of Mull where she meets Torquil MacNeil. She is exposed to the island’s folklore and as the gale continues, she begins to question her upcoming marriage. I was not expecting to adore this movie as much as I did. It is charming film with gorgeous cinematography.

I always associate The Wolf Man with an episode of Full House when Kimmy Gibbler brings the movie over to watch and it gives Stephanie nightmares. Once again Full House has ruined something that I could easily enjoy. (Please tell me I’m not the only person.)

I can't take The Wolf Man seriously because of that episode of Full House when it gave Stephanie nightmares. #DamnYouKimmyGibbler #TCM

I gave Howl a shot. It is getting harder and harder for me to take James Franco seriously as an actor. I will, however, watch Jon Hamm and David Strathairn in anything. Their scenes held my attention more than most of the movie.

William Holden, you are divine. That is all.

Like Jane Eyre or any Jane Austen novel, I will watch any version of Little Women. The 1949 adaptation with June Allyson, Elizabeth Taylor, Janet Leigh, and Margaret O’Brien as the March sisters is hardly my favorite (I am partial to 1933 George Cukor version with Katharine Hepburn) but if Little Women is on TV, then you bet I am watching.

My exposure to W.C. Fields is quite limited. I have only seen the occasional movie and I have been under the impression for quite some time that I don’t really enjoy his style of humor. Well, after one viewing of It’s a Gift and I am ready to give Fields a real chance.

Crime films always suck me in. The subtlety brilliant Animal Kingdom is no different. Jacki Weaver is a force as the matriarch of an Australian crime family. Most underrated film of 2010? Probably. It also reminded me of a 2005 Italian crime drama, Romanzo Criminale, which will unfortunately most likely never be released in the US.

Given that I did not watch too many movies this week, here are some snippets of what I did dedicate my time to.

A collection of three W.C. Fields shorts on YouTube.

The shorts are wonderful. Make a point to watch them.

My So-Called Life consumed my life this week. You would think me, a very dedicated connoisseur of teen dramas (though I can’t compete with my friend Ally) would have seen this classic cult show ages ago. Where do I begin? How about right here.

Almost two decades after My So-Called Life first aired every characters and story lines are still wonderfully refreshing. I mean, there are rational adult figures on the show. That rarely happens nowadays. That is because few teen shows depend very little on a gimmick and actually exist in the realm of reality. Shows like Skins and Degrassi owe so much to My So-Called Life.

What did you check out this past month? Let me know in the comments!