Here is a rundown of what I watched this past month. J. Lo makes an appearance, so you know it’s a good list.

Netflix has caught on that I enjoy 90s Australian rom-coms. Thank goodness for that because otherwise I would have missed out on this gem starring Miranda Otto before she was Eowyn. Any movie that heavily features Barry White on its soundtrack is a movie to be watched.

I finally saw The Tree of Life. I have many thoughts and feelings about this movie, I just don’t know how to articulate them. That seems to be a trend with this movie…

Ghost World, you complete me. Or do you? Back in the day I probably would have identified with Thora Birch and Scarlett Johansson. They hate their town. They hate high school. They are smarter than everyone around them. They have grand plans that will probably go no where. What’s not love? Well, now I kind of see them, especially Enid as obnoxious. Verdict? I should have seen this when I was impressionable, angsty teen.

Another Year follows Tom and Gerri Hepple (Jim Broadbent and Ruth Sheen), an older married couple, as their family and friendships grow and change over the course of one year. The film is divided into four vignette-type segments (one for each season) that shows one particular day in the Hepples lives. From these segments we see how the Hepples deal with those who seem dependent on the stability of their relationship as a way to find peace within their own lives. The standout performer is Lesley Manville as Mary, a longtime friend and colleague of Gerri, who becomes increasingly unstable as she maintains a cheerful front. Mary’s behavior eventually causes a rift between the two women.

What works brilliantly about Another Year is the film’s slow and methodical nature. The character’s stories develop organically. We pick up pieces about their lives here and there but never in one melodramatic moment. The result is a great, nuanced film.

Couldn’t miss out the pop culture benchmark of my childhood ending.

First movie I watched as part of my birthday blitz marathon; I need to give a second go around.

My instant netflix queue tells me I watched this. I only remember slowly drifting to sleep right around when Colin Farrell stopped being in the movie. Did the other dudes ever finish walking?

So I was thinking about Ralph Fiennes one day and was like, “Remember that excellent movie where J Lo tried to convince us she was a maid? I should watch that.” Behold! It is on Instant Netflix so I did. Then I realized that the politician Fiennes plays probably would be in sexting/twitpic scandal today and J Lo would have to become a maid again. Also, “Wayne Wang” is seriously someone’s name. Ponder that one for a second. 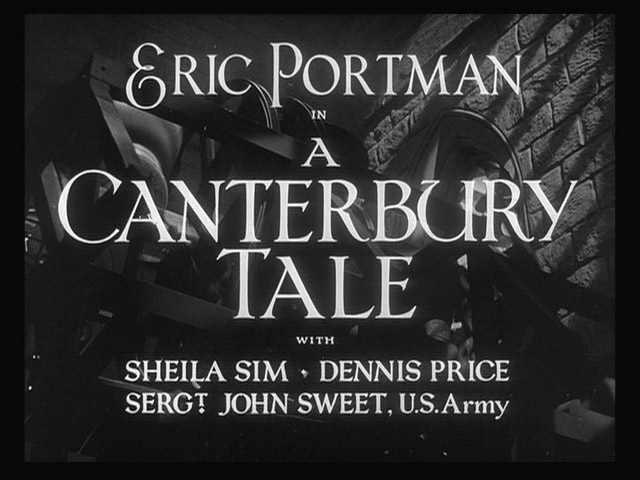 Every time I see a Powell-Pressburger film, I wind up falling madly in love with it. This happened back in May with I Know Where I’m Going. Each film sneaks up you and is absolutely wonderful.

My dad insisted that I watch this. After I told him that did, he got really excited: “Oh! That’s a great movie! Don’t you think that’s a great movie? He loses his leg!” I am not as riveted by soldiers losing limbs in WWII as my father.

The greatest genre mashup of our time? Not quite.