Lars von Trier’s latest film Melancholia opens in November. So far the reviews of this apocalyptic drama have been generally positive and I am excited to see it when I can. But until then, I’ve decided to throw logic to wind and guess what could happen in Melancholia by solely judging the character posters. (Sidebar: If any of this actually happens in Melancholia, then I deserve a million dollars… or a pony.) 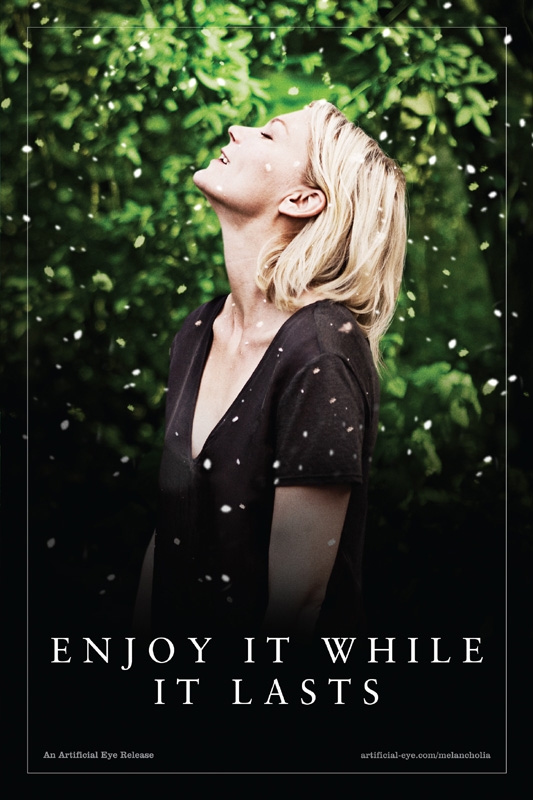 She enjoys pina coladas and getting caught in the… snow. Or dust particles. Or ash. Which she better enjoy while it (it?) lasts. (Insert foreboding music here.) 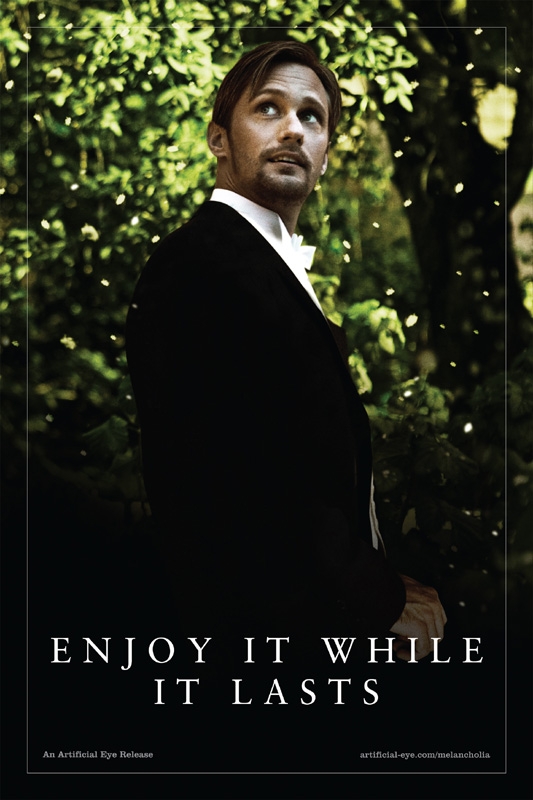 Okay, what is this “it” is he enjoying? The ability to look up into the sky somewhat pensively? Cousin Itt? True Blood? Or you know, IT. This is Eric Nortman after all. I also want to know if he takes off his shirt because I just assume that is in Skargard’s contract for life.

Oh! He’s wearing a tweed vest and a tie! He must be an academic! And that’s a cute kid. This is so typical. Post-apocalyptic movies always have a cute kid and a father trying to save that kid from their  inevitable death. 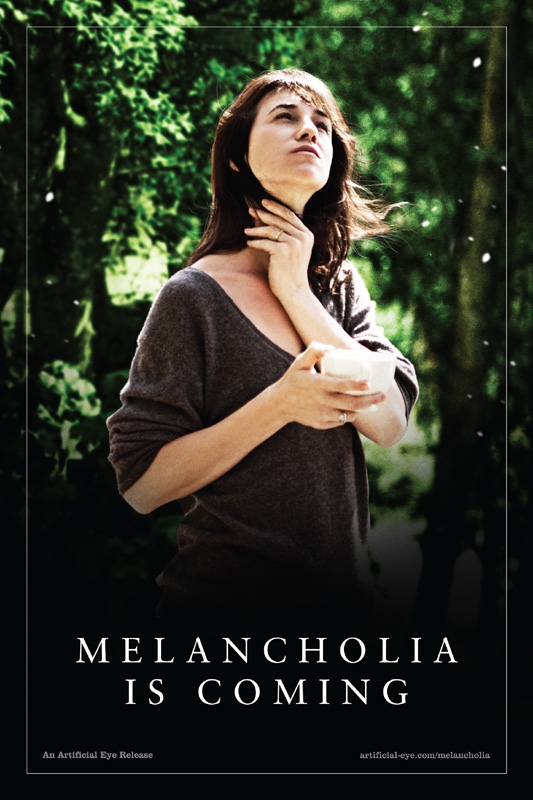 Okay, so she is married and she enjoys coffee, which implies that she is stressed. Probably because the world is ending. That’s an unflattering sweater so she must have a kid. Probably Kiefer Sutherland’s kid.

One Day has taught me to not like men named Dexter . I am assuming that this Dexter is some kind of unloving and distant paternal figure. But I do want to know what he is drinking. Perhaps a nice Merlot. Maybe the tannins will dull the pain of the end of the world. (That’s my plan for 2012, in case you were wondering. Stay put and drink wine.) 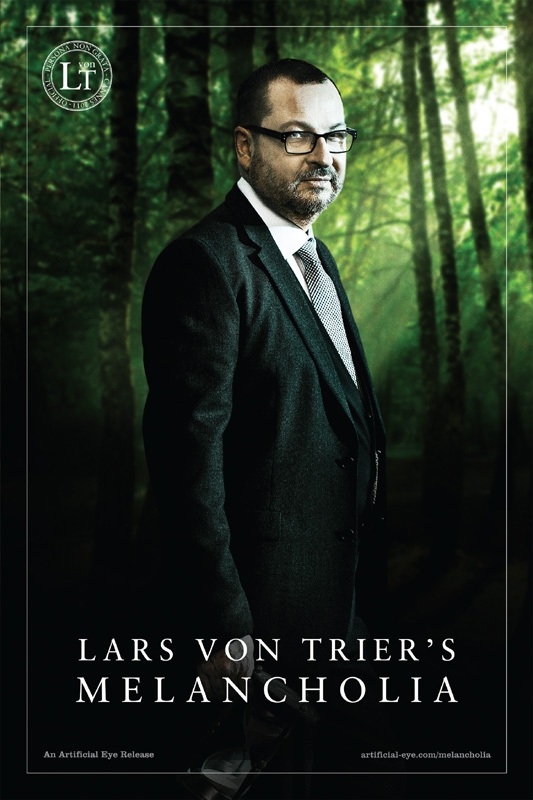 He game himself a character poster? He’s that full of himself? (Don’t answer that.) Or! Is something meta going on in this movie? If so, I won’t be able to handle it.  Anything meta confuses me. That’s why I can only handle Community in small doses. Alternative thought: Lars von Trier is doing some serious recon after his Cannes snafu by confusing people with this meta poster. Smart move von Trier.

So, have you seen Melancholia yet? If so, do I get a pony?

Related Post: What These Character Posters Tell Us About Contagion

One thought on “What These Character Posters Tell Us About Melancholia”