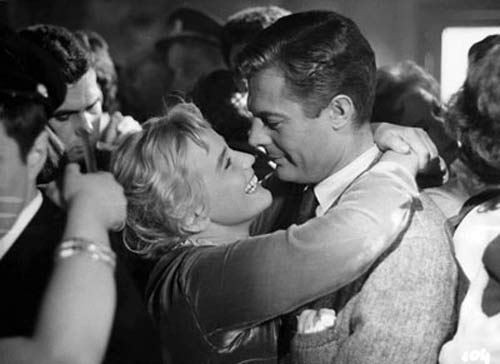 Here is what I watched in October:

Sometimes I find Nicole Kidman to be an incredibly overrated actress. But not in the scene above from Rabbit Hole;  she acts the hell out of it. Rabbit Hole is a gut-wrenching movie about the death of a child. Kidman and Aaron Eckhart delivering amazing performances as the grieving parents. It amazes me that Eckhart’s performance was largely overlooked – perhaps because it was less nuanced – when Kidman’s performance would have been less without it. Along with Michelle Williams being recognized for Blue Valentine while Ryan Gosling was not, 2010 was a year when symbiotic performances wouldn’t both receive the praise that was due.

Truthfully, I only found this movie engaging when Cate Blanchett was on screen. I might give I’m Not There a second look later today but probably not. 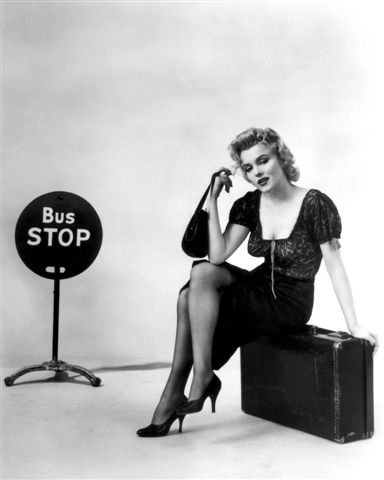 Bus Stop starts off slow and  rodeo star Bo (Don Murray) is kind of an annoying character.  Then Marilyn Monroe shows up and brings the movie to a different level. I adore the comedic but very sweet relationship that develops between saloon singer Cherie (Monroe) and naive rodeo star Bo, even if it is completely illogical. I also oddly love buses.

Le Notti Bianche (dir. Luchino Visconti, 1957) — White Nights is one of those sweet movie romances that stays with long after the credits end. And for right now, this is all you need to know about it.

Despite great performances from JGL, Anna Kendrick, and Anjelica Huston, I was not as excited by this movie as some. (My review of 50/50.)

Deborah Kerr and Robert Mitchum star as a nun and an American marine, respectively. (Though it would be funny if it were the other way around.) They are trapped on a Pacific island in the middle of World War II and Mitchum’s Marine falls for Kerr’s pious nun. I was unimpressed by Heaven Knows, Mr. Allison, a film that could have been more if it weren’t for those pesky censors. [My post on Heaven Knows, Mr Allison.]

Fire (dir. Deepa Mehta, 1996) — Fire is the first film in Mehta’s Elements trilogy and it is wrongly labeled as just a “lesbian film”. Sister-in-laws Radha (Shabana Azmi) and Sita (Nandita Das) develop a physical relationship after realizing that their loveless marriages are unsatisfying. Fire does simplify lesbianism into something women do because they are unsatisfied by men but Mehta’s film is still worth watching. Fire challenges audiences in a way many films about lesbian relationships do not. (Related post: My review of Water (2005), the third film in Mehta’s Elements trilogy.) 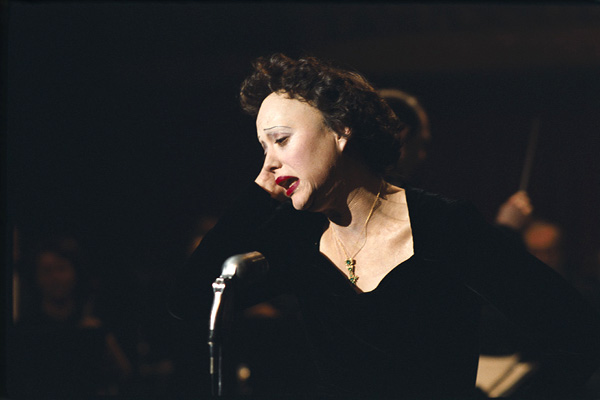 I hadn’t seen La Vie En Rose since it was in theaters. It is a rather traditional, unremarkable biopic but Marion Cotillard’s performance as Edith Piaf is still amazing and haunting. This performance elevates the entire film.

Footloose (dir. Craig Brewer, 2011) — The remake of Footloose wasn’t terrible, though I did miss Kevin Bacon and Lori Singer. Teenagers will embrace it though and I think there is a decent message in .  (My review of Footloose.) Also marvel at how Julianne Hough does not look like a teenager in this clip. At all.

Paul Giamatti is one my favorite actors and he dominates Barney’s Version in every way possible. You probably shouldn’t like a character like Barney Parnofsky. He lives his life however he chooses.  He drinks too much, smokes too much, and is incredibly impulsive. That includes meeting his third wife, Miriam (Rosamund Pike) at his wedding to his second wife (Minnie Driver). You’re willing to ignore Barney’s faults because of Giamatti’s performance.

I really have nothing to say about The Tourist. I just want to watch Charade and cry into my pillow.

Last night I had a sudden urge to watch Easy A and was disappointed when it wasn’t on instant Netflix anymore. (Note to self: Buy Easy A.) Then, I found I Love You, I Love You Not, which stars Claire Danes and Jude Law. In the 90s. I couldn’t resist.

Claire Danes is Daisy, a bookwormish NYC prep school girl with a crush on Ethan (Jude Law) the lacrosse captain.  (She likes to read Tolstoy! He plays lacrosse! They are such opposites.) Daisy and Ethan have a little romance but school gets in the way. Oh yeah, Daisy’s Jewish and isolated in school because of it. Her Nana (Jeanne Mornaeu) relates because she survived the Holocaust and shares her stories with Daisy. (Danes plays young Nana in flashbacks.) The plot summary is better than the movie, which is hokey, choppy, and tedious at best. Danes, who perfected the moody teenager gaze in My So-Called Life, overacts and it is just strange watch Jude Law in this.

Sabah (dir. Ruba Nadda, 2005) — Sabah (Arsinée Khanjian) is a single 40-year-old Muslim woman living in Toronto. She defies tradition and begins a secret relationship with Stephen (Shawn Doyle). Their relationship initially causes tension in Sabah’s family but is eventually accepted. What is always remarkable to me about movies like Sabah, stories about Muslim immigrants and their relationships with the non-Muslim (white) culture that surrounds them, is how simplistic everything is made to seem. The character Stephen essentially exists as a stand-in for a non-Muslim audience. Sabah spends most of the movie defying tradition and explaining Islamic practices to a mostly clueless Stephen. The conflict is quickly glossed over and the male authority figure suddenly becomes comfortable with the women in his family defying tradition. And everything works over swimmingly in the end.

I enjoyed Postcards from the Edge more than I thought I would. Even though I’ll watch that stars Meryl Streep and Shirley MacLaine, it was MacLaine who made this sometimes uneven movie enjoyable.

This is the best movie I saw this week. During the Nazi occupation of Paris, Claude (Alain Cohen), a young Jewish boy, is sent to live in the countryside with an elderly Catholic couple. Claude befriends the anti-Semitic Grampa (legendary French actor Michel Simon) and the two develop a lighthearted, unexpected relationship.

The Paper Chase (dir. James Bridges, 1973) — This is a standard good drama film. (Confession: I fell asleep during the last 30 minutes so I don’t know how it ended.) The most notable piece of information about The Paper Chase is that John Houseman, who plays Professor Kingsfield, won an Oscar for his performance and then reprised the role in the TV series.

The Ides of March (dir. George Clooney, 2011) — I am still wrapping my head around The Ides of March. It essentially comes down to this: men have power and men make choices; women are pawns and women get abortions. I suppose I saw this less as a political thriller and more as a film revolving around gender.

Susanne Bier’s films are rather daring in terms of their scope. Brothers is partially set in Afghanistan, After the Wedding in India and In A Better World in Sudan. Biers juxtaposes scenes in a refuge camp where Swedish doctor Anton (Mikael Persbrandt, a noted character actor who will be appearing in The Hobbit next) works and his home life in Denmark. However the idyllic home life is disrupted when his teenage son and friend engage in an act of revenge. It’s a great drama that reminded me at times of Michael Haneke’s The White Ribbon.

Pedro Almodóvar has directed another complicated, interesting, and twisted movie. I wouldn’t have it any other way. [My post on The Skin I Live In.]

Mean Girls (dir. Mark Water, 2004) — Thanks to a freak October snowstorm, my cable/internet has been disconnected until further notice. Mean Girls is my go to movie when everything goes to shit.

Things I always reminded of while watching Little Children: The suburbs (mostly) suck and women are terrible. And Kate Winslet’s daughter in this movie is the worst kid ever.