“The Secret Life of the American Teenager” follows a group of high schoolers as they navigate that tricky world of adolescent love, relationships, and sex. In the pilot, 15-year-old Amy Juergens, played by Shailene Woodley, discovers that she is pregnant after a one night stand at band camp with class bad boy Ricky Underwood (Daren Kagasoff). Her pregnancy shocks the school and gives her mom, played by Molly Ringwald, a few good scenes to react. (And enough scenes for us to realize that Molly Ringwald actually could have a knocked up teenage daughter in real life.)

Each character is a stereotype. Amy is the naive band kid who loses her virginity and gets knocked up. Ricky is the damaged bad boy who was abused by his father. (His mother shows up in the fourth season; she’s a recovering alcoholic and a lesbian.) Adrian (Francia Raisa) is the school harlot who masks her abandonment issues through sex. Plus she’s secretly a straight-A student because slutty girls are really just damaged and smart. Ben (Ken Baumann) is the son of Bobby Baccalieri and an awkward rich kid with two Asian sidekicks. Jack (Greg Finley) is the star quarterback who just wants to have sex with his super Christian cheerleader girlfriend Grace (Megan Park), who is the most judgmental holier-than-though Christian conceivable.

Basically The Secret Life of the American Teenager is a terrible teenage soap opera. It has awful dialogue, wooden acting, and horrible, stereotype-filled character development. Not that mine or any critical opinion matters to series creator Brenda Hampton who once said, “I’d rather get good ratings and bad reviews than bad ratings and good reviews.” Hampton is essentially saying, “Hey, my show is bad. But, yay! Ratings and fangirls who will create YouTube videos!”

Having wasted hours of my life cringing while watching “Secret Life”, I went into The Descendants very skeptical. Shailene Woodley has received ample critical praise and accolades for her performance. She may even get an Oscar nomination. But “Secret Life” prevents me from taking every actor who appears on this show seriously. Taking Shailene Woodley seriously in The Descendants was going to be a difficult task.

In The Descendants, Woodley  plays George Clooney’s eldest daughter Alexandra. It’s quite a different role than than the naive, emotional, judgmental, self-loathing, and ridiculous teen mom she plays on “Secret Life”. For starters, Alexandra  expresses herself  through colorful language as opposed to Amy, who just restates the same sentence in five different ways to express her point.

Alexandra King is a refreshing character compared to the unfortunate stereotype that is Amy Juergens. Teenage girls in television and movies are rarely depicted as articulate human beings with some degree emotional depth. Alexandra is angry. She’s intelligent. She acts out. She cusses. And her sexuality is a not essential to the film’s plot.

Often is teenage girls have sex or exhibit any interest in sexual activity, they become pariahs. This point is made abundantly clear throughout “Secret Life”. Amy Juergens had sex one time, got pregnant, and vowed never to have sex again. Conveniently, she managed to work things out with the baby daddy. Now they’re getting married. So it’s cool for them to have sex. When Grace, the token Christian girl, and Jack do have sex, her dad dies in a plane crash the same night. And Adrian, the most sexually experienced girl, also gets pregnant after a one-night-stand; her baby is stillborn.

But in The Descendants, no one cares about Alexandra’s sex life. It doesn’t matter. Other things in her life take priority. She becomes the emotional center of her family. Initially seen as the delinquent daughter who had been shipped away to boarding school, Alexandra assumes the responsibility of taking care of her younger sister as her father deals with his personal crisis. By the end of the movie, she is hardly a selfish, self-loathing teen you expect.

After seeing The Descendants, I am grateful that Shailene Woodley is not a bad actress, which I have been led to believe over the years. It’s quite a relief actually. The more I think about this movie, the more I find to enjoy about it. The Descendants has had a far greater impact on me than many of the other movies I have seen this year.

Maybe (hopefully) thanks to the critical praise she’s receiving, Woodley will leave “Secret Life,” effectively ending the show and saving me from more misery. 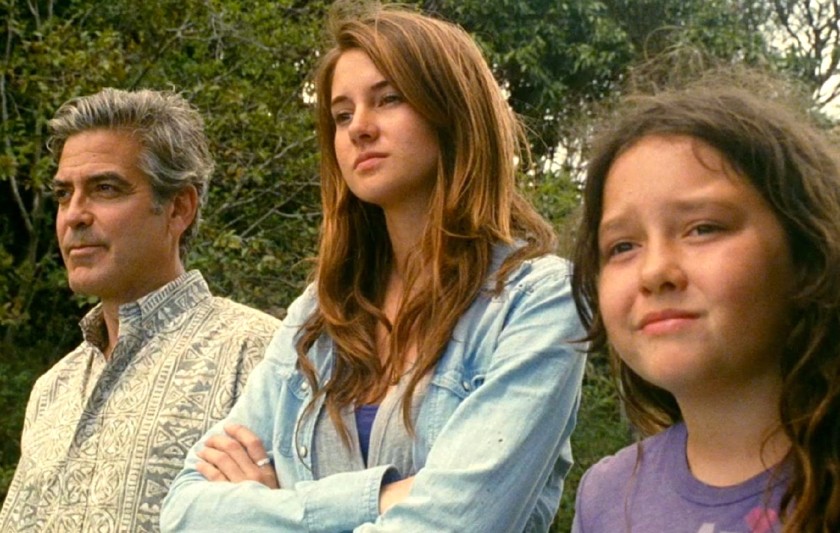 3 thoughts on “Secret Life, The Descendants, and Shailene Woodley”