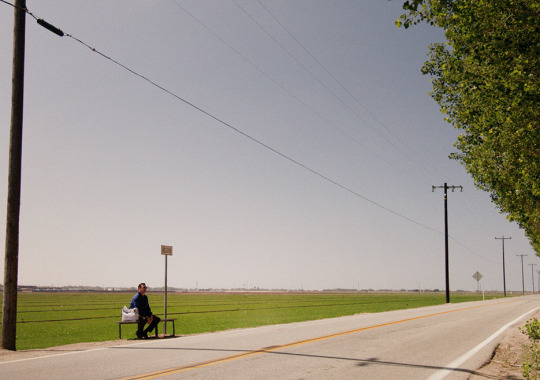 Mad Men has generated an inordinate amount of think pieces this week. It’s overwhelming to say the least. While I certainly don’t need to contribute another aside to the story, a few thoughts about this show keep percolating in my mind.

For one, there is something different Mad Men’s public discourse – every commentary is able to find a different angle about the show or to highlight one last piece of hidden meaning that is still lingering behind each frame. This culture of commentary speaks to the complexity and nuance of each episode, every word of dialogue, each painstakingly, slow, frustrating bit of character development. (Come on, Trudy. Don’t let Pete play you like that, again.)

In many ways, I think the critiques a single episode of Mad Men can generate might be its best legacy. This series about a specific time in media history and American culture has not only elevated the medium of television itself but also taken television criticism in new directions. A decade from now, when every culture critic revisits the legacy of Mad Men, the conversations we have been having today will remain as thought-provoking as ever. (I can almost guarantee it will be Peggy Olsen and her story – not Don Draper’s – we will be most concerned with by then.)

Don Draper, more than any other Mad Men character, isn’t a character at all. He’s a symbol, something created and embellished through advertising. So much about him – his past and his future – is left unanswered.

This is why Mad Men has generates legitimate conspiracy theories and it is these conspiracies that separate Mad Men from Breaking Bad or The Wire. These conspiracy theories make the public discourse surrounding Mad Men fascinating and surreal. The theories range from absurd to completely plausible. They’re funny and carefully thought out. Above all, they are an expression of basic human desires.

We are naturally driven to be curious and seek out the truth. There has to be more to every story. (This is partially why fanfiction exists. The writers left something out and it becomes up to fans to fill in the blanks.)

But the beauty of being human is that you can never know everything. It’s impossible. And yet, that can’t be all there is. There has to be some hidden, profound truths behind a glass of red wine spilled on Don Draper’s white carpet.

The desire to know every detail about Mad Men, to find meaning behind every prop, to craft unlikely scenarios, also says a great deal about the nuance of the show itself. Mad Men relishes in time and banality and the ordinary nature of space. The slowness of an episode’s structure is deliberate and it drives audiences insane. For those of us who have spent 92 episodes devouring every detail of Mad Men’s world, there has to be more. Except there never is more.

I have my own ideas how Mad Men could end but none of them are likely or worth writing about.

As the series comes to an end tonight, I see this show as nothing more than a profound reflection on every day life. Mad Men may be set decades in the past but the feelings and experiences are immensely relatable for today’s audiences. (Human nature, like the story arcs on Mad Men, slowly evolves.) The characters will continue existing in this fictional universe we won’t be privy to anymore. Any similarities to Sharon Tate or D.B. Cooper are just coincidence. And that’s it. That’s how it all ends. But we’re all better for having experienced the subtle richness of this television show. It’s hard to imagine there will be any series like Mad Men again.

One thought on “On Mad Men”