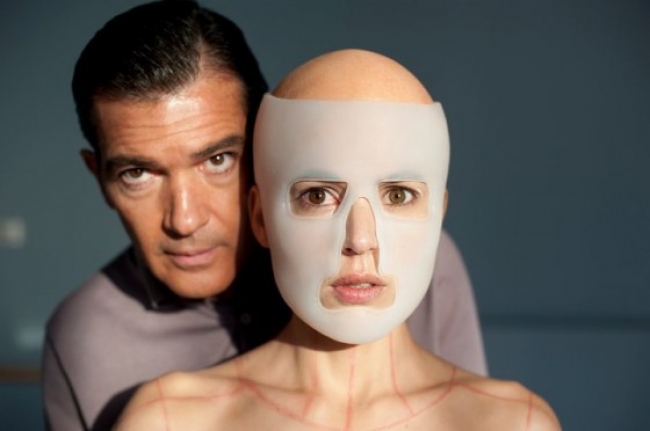 I’m ridiculously giddy to see Pedro Almodóvar’s The Skin I Live In, which is why I’m writing this rather pointless post about how excited I am. My giddiness can’t be contained!

Almodóvar’ is one of my favorite directors. Thanks to a college seminar on the director (without it I don’t think I would feel remotely comfortable assesing any of his films), I can usually find something to love in all of his movies. Except Live Flesh. No one likes Live Flesh.

But I may also be one of the rare filmgoers who doesn’t fervently love Almodóvar’s female-centric movies. I don’t love All About My Mother, Women on the Verge of the Nervous Breakdown, or even Volver. (Sorry Diana.) I just strongly like and admire them.

I prefer Almodóvar’s films when they are complicated, dark, mysterious, and so twisted they make my head spin. And especially when you can’t descibe them in a few choice adjectives. The Skin I Live In looks like just that. More than anything, the draw of The Skin I Live In for me is Antonio Banderas. The actor has reteamed with Almodóvar after 22 years. Sure, Banderas is a big Hollywood star these days (ironically Puss in Boots, the prequel to Shrek, is being released Oct. 28) but Banderas is always at his best with Almodóvar.

Basically, I’m pumped. I’m going to see The Skin I Live In with my friends from my Almodóvar seminar. We’re going to geek out and be hardcore Almodóvar snobs. It’s going to be great.

Oh, and Antonio Banderas appeared on Jimmy Kimmel Live last week to promote The Skin I Live In. The interview is rather uneventful but Banderas gives us some tidbits about what to expect from this movie. And someone once told Pedro Almodóvar he wouldn’t make it as a director. Doesn’t it always happen that way?

Are you as excited for The Skin I Live In as I am? Sound off below.

Happy official first day of fall! It’s a great day of the year because it is time for good movies (other than Contagion and Drive) to finally hit the theaters. After a rather lackluster summer, I’m armed and ready to hit my local cineplex as often as I can. These are my picks for the movies I will be seeing this fall.

END_OF_DOCUMENT_TOKEN_TO_BE_REPLACED

If you have not seen this behind the scenes video from the set of The Hobbit yet, do yourself a favor and watch it asap. Director Peter Jackson takes us through some of the pre-production that has led up to filming. There are appearances by key cast members including Ian McKellan and Andy Serkis. It is ten minutes of pure bliss and this gem: 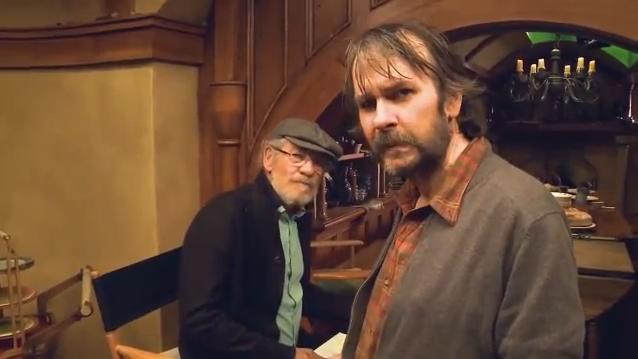 Check out the video below. It is apparently the first of many blogs from the set of The Hobbit.

If you haven’t been sold yet on MTV’s American adaptation of Skins. Or if you are concerned by reports that the new version has to be toned down, which would in essence ruin what is characteristic about Skins. Don’t worry. The fifth season of the British version featuring a new group of Bristol misfits premieres next Thursday.

E4 also has pictures from the episode you check out here.

I know that I am already sold on Series 5. Are you?

Is MTV trying to make me dislike their version of Skins before the first episode even airs? While I’ve enjoyed some of the TV spots, this extended trailer (embedded below) has me rolling my eyes.

Sure, there is a ton of new footage and some of it is funny. But I cannot move past how similar some of the characters (Tony, Michelle, Stanley, Chris) and plot lines (Let’s drive the car into the river, shall we?) are to the original series. Throw in some dry, monotone acting and this trailer does not excite.

What are your thoughts on the latest Skins trailer? Am I being too hard on this new show? Sound off below.