Sunday was a big day in the magical world of pre-Oscar awards. Mulitple critics groups announced their selections for the best films of 2011. Below are the winners picked by five groups, as not to overwhelm anyone. (Especially myself.)

The Artist continues to be the film to beat, picking up awards from the New York Film Circle Online (NYFCO), Boston Society of Film Critics (BSFC), and a special award from the American Film Institute. But if critics don’t go with The Artist, they choose The Tree of Life, which was named best film by the Los Angeles Film Critics Association (LAFCA) and the San Francisco Film Critics Circle (SFFCC). The best picture race is turning into an East Coast-West Coast rivalry not unlike the Biggie-Tupac rivalry. I would pay good money to see film critics battle each other in the name of The Artist and The Tree of Life.

Michael Shannon (Take Shelter) is emerging as a contender for best actor. Brad Pitt received a best award from the BSFC for his performance in Moneyball. I’ve accepted that Brad Pitt will be nominated for an Oscar, even though he doesn’t do much in Moneyball except stare at statistics. (There is one great scene but that is a testament more to Aaron Sorkin’s screenplay than Pitt’s performance.)

Albert Brooks continues to dominate the best supporting actor category. If one thing is a sure bet at this point, it is Brooks’ nomination and that his biggest competition will be sentimental favorite, Christopher Plummer for Beginners. Jessica Chastain picked up a few wins for her many supporting roles this year as did Melissa McCarthy for Bridesmaids.

The Best Actress category has become a three-way race between Meryl Streep, Michelle Williams and Tilda Swinton. Okay, it is really a two-way race between Streep and Williams. (The Oscar Gods will bend over backwards to give Streep her third Oscar.) But Swinton should be winning all the awards for We Need To Talk About Kevin.

The best sign of things to come from this round of award winners is the rise of Bridesmaids. Can the comedy and Melissa McCarthy score Oscar nominations?  I hope so. Also, one of my favorite 2011 films, Martha Marcy May Marlene is still being slightly shortchanged, winning the New Generation Award from the LAFCA and best new filmmaker award (for director Sean Durkin) from the BSFC.

Speaking of the Boston Society of Film Critics, their support of Kenneth Lonergan’s film Margaret is simply awesome. (Read it here.) I stupidly did not see Margaret when it was briefly playing in NYC, even though it is about exactly what I am interested in: post-9/11 New York. (My undergrad thesis topic was post-9/11 American independent film.) So if anyone wants to help me see Margaret…

The round up of the critics awards winners is below. Share any of your thoughts on the awards season so far in the comments.

END_OF_DOCUMENT_TOKEN_TO_BE_REPLACED

There is nothing quite like sitting on a Greyhound bus and reading the tweets of your fellow film bloggers as several critics groups announce their annual awards. I probably seemed like a crazy person, muttering to myself about The Social Network. This awards’ season critical darling cleaned up at the Boston Film Critics, LA Film Critics and NY Film Critics Online awards. It was also named one of the ten best films of the year by the American Film Institute.

There were also plenty of surprises, courtesy of Colin Firth, Melissa Leo, Niels Arestrup and Carlos, to keep things interesting.  Here is a breakdown of the winners.

The most surprising and interesting critics awards yet. Sure The Social Network was named Best Picture but its star Jesse Eisenberg was left out of the mix. With Firth’s LAFCA win, the Best Actor race definitely came alive today. (He apparently lost the Best Actor prize from the Boston critics by just one vote.) Likewise, Natalie Portman for her performance in Black Swan was left off the winner’s list in favor of Kim Hye-Ja in Mother. Arguably the most surprising win of all is Niels Arestrup for his supporting role in A Prophet. (For an explanation of A Prophet‘s and Mother‘s Oscar eligibility, head here.)

What has made me beyond ecstatic here is Melissa Leo’s win. Leo is by far my favorite, and often one of the most unappreciated, actresses. Any attention a performance of her’s receives makes me happy. Other than that, the NY Film Critics named, at this point, fairly expected winners.

Best Ensemble Cast – The Kids Are All Right

In a top 10 list that is fairly safe, although it is filled with excellent movies, Winter’s Bone stands out to me as an exciting selection. Special awards were given to The King’s Speech and Waiting for Superman. 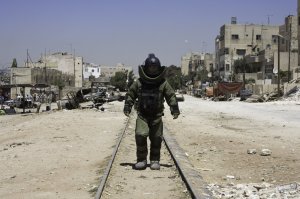 The Hurt Locker continues to rake in the critics prizes; the film won two Best Picture honors and two Best Director honors for Kathryn Bigelow. But what I’m sure will get a lot of hype in the tabloids/bloggersphere is that Hurt Locker and Bigelow are frequently nominated against ex-husband James Cameron’s Avatar. Here is the critics roundup from yesterday:

END_OF_DOCUMENT_TOKEN_TO_BE_REPLACED

Airing tonight at 9pm on the USA Network is the American Film Institute’s Tribute to Warren Beatty.
Beatty is the 36th recipient of the Life Achievement Award, which was presented to him on June 12th.
Jack Nicholson, Julie Christie, Gene Hackman, Robert Downey Jr, Diane Keaton, Faye Dunaway, Keith Carradine, and Al Pacino as well as former President Bill Clinton were on hand to honor the actor and director.

I feel really blah and out of it today. Plus I just realized that the American Film Institute announced another movie list…. in September. So now I am blah and behind on the times. Here it is: 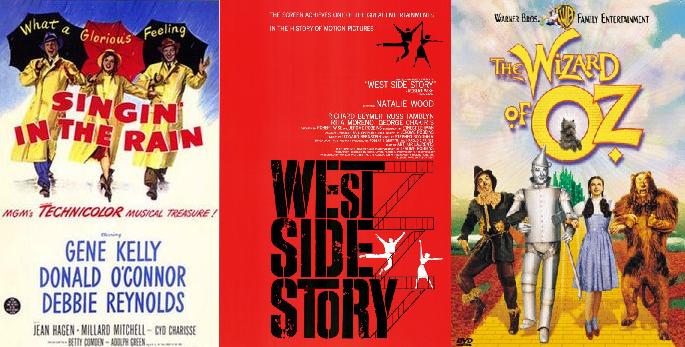 How many have you seen? Any major oversights? Sound off below.