I just saw Red Riding Hood and there are many, many thoughts swirling through my head.

Amanda Seyfried stars as the very period appropriately named Valerie, the movie’s version of Little Red Riding Hood. She lives in a secluded village that has been cursed by werewolf attacks for decade. But that’s hardly her biggest problem. Valerie is caught in a love triangle between Peter (Shiloh Fernandez), a woodcutter and Henry (Max Irons), a blacksmith. Things only get worse when the wolf attacks begin again and the maniacal Father Solomon (Gary Oldman) comes to the village to kill the wolf for good.

Needless to say it was a very interesting movie. Here is what I came up with.

Catherine Hardwicke, you have done it again. Within the first seconds of Red Riding Hood, I experience a bought of déjà vu. Sweeping overhead shots of trees? Kind of attractive, monotone actors? Star-crossed lovers? Long painful stares between said lovers? A supernatural element? Too many jumpy shots and flashbacks because the audience can’t put the pieces together on their own? Oh, great. It’s Twilight 2.0. It’s all fine though because there are enough differences to distinguish the two movies, namely there are fewer annoying actors in Red Riding Hood. And at least Hardwicke is  a consistent director.

There is a lot you can infer from the film’s visuals, sets, and props. For instance, the trees are adorned with very large, pointy thorns sticking out from the trunks as are the homes in the village. Gee, I wonder what those could be? Who needs men around when you have these tools to protect you? Don’t even get me started on that red cape and what it looks like when Valerie and her boy toy are getting cozy on it.

3. This village must have done something like really, really bad

Talk about a charming secluded mountain village with a low real estate value. The villagers have been tormented by a werewolf for decades. Only animal sacrifices seem to keep him subdued during the blood moon. When they think they finally kill the wolf, the villagers rejoice with a risqué celebration in the square. Valerie and Peter join in with the group dancing except it is just not with each other and not of the Pride and Prejudice variety. Valerie gets down with her friend to make Peter jealous. (How Mount Holyoke of you, girl!) It works and the two go off to hook up in some barn. Naturally, a wolf attack breaks up the village’s lewd behavior.

4. When Sirius Black rolls into town in a mid-century Popemobile, things are about to get messy

Gary Oldman’s sinister Father Solomon steals the movie with his love of Roman torture techniques, silver fingernails, and appreciation of red meat. He is also someone religious group can adore. During the battle scene following the villagers’ display of unchristian like behavior, he attacks the wolf shouting “God is stronger” over and over again. It’s a not quite so subtle message but also a largely ineffective one.

5. Having multiple men pining after you comes in handy

The woodcutter or the blacksmith? Who will Valerie choose? Yeah, it’s about as interesting as it sounds. If only they had faced off by singing “Valerie“.

6. And when your relationships don’t work out, you can become a spinster in the woods.

All the single, independent ladies (okay, just Grandmother) get to live outside of the village. It’s a swanky house that is much nicer and more spacious than anything in the confines of the village. Plus, you get to wear colorful dresses, wear head pieces, rock some disheveled braids, and be totally awesome. Better yet, you get the luxury to think for yourself there.

7. Lukas Haas needs to be in every movie. Period.

The best moments of intentional comic relief only came with Haas’ Father August graced the screen. He needs to be in more movies asap.

8. Amanda Seyfried does it again

This movie has many flaws and is easy to mock but Seyfried’s natural charm and screen presence really helps it as it limps along. I’ve noticed that no matter the movie she is in (cough, Dear John, cough) Seyfried can usually keep a sinking ship afloat until the credits roll. Still, she deserves to be in better movies.

Although Red Riding Hood has plenty of flaws and is very, very easy to pick apart, I was greatly amused by the movie and had fun during it. Have you checked out Red Riding Hood and, if so, what did you think? What beloved fairy tale should Catherine Hardwicke tackle and suds up next? And do you think Amanda Seyfried deserves better?

The trailer for Catherine Hardwicke’s Red Riding Hood premiered yesterday. Did anyone else laugh at the extreme cheesiness of it? Thanks to Twilight, I don’t think I can take any movie about star-crossed lovers and supernatural beings seriously again.

Oh where to begin? The cast – Amanda Seyfriend, Gary Oldman, Virginia Madsen, and even Julie Christie – isn’t the problem. Neither is the plot. Werewolves are definitely one step above sparkly vampires. What works against Red Riding Hood is the extreme Twilight-esque qualities presented by the trailer and the poster .

Twilight is a brand. I know this. You know this. What I did not expect to happen, or maybe what I just never hoped would happen, is that it would become a never ending marketing ploy. “From the director of Twilight” really cheapens Hardwicke’s skill as a director. Remember Thirteen?

Red Riding Hood is also eerily reminding me of Twilight. And not just because the characters, the story, or the sweeping overhead pan shots of the scenery present throughout the trailer.

But because of the poster. Maybe I am seeing things. But there is something very suspicious about the promotional poster for Red Riding Hood and how the title character and her defining RED cape are centered in the poster. Just like that symbolic forbidden apple on the cover of Twilight. 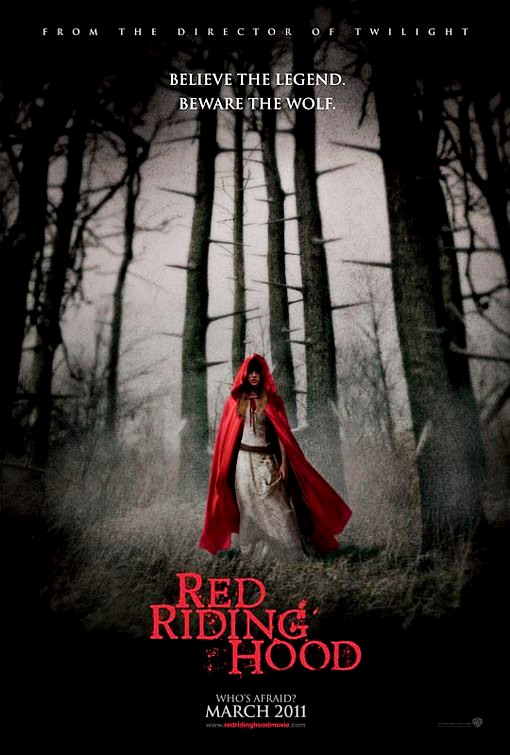 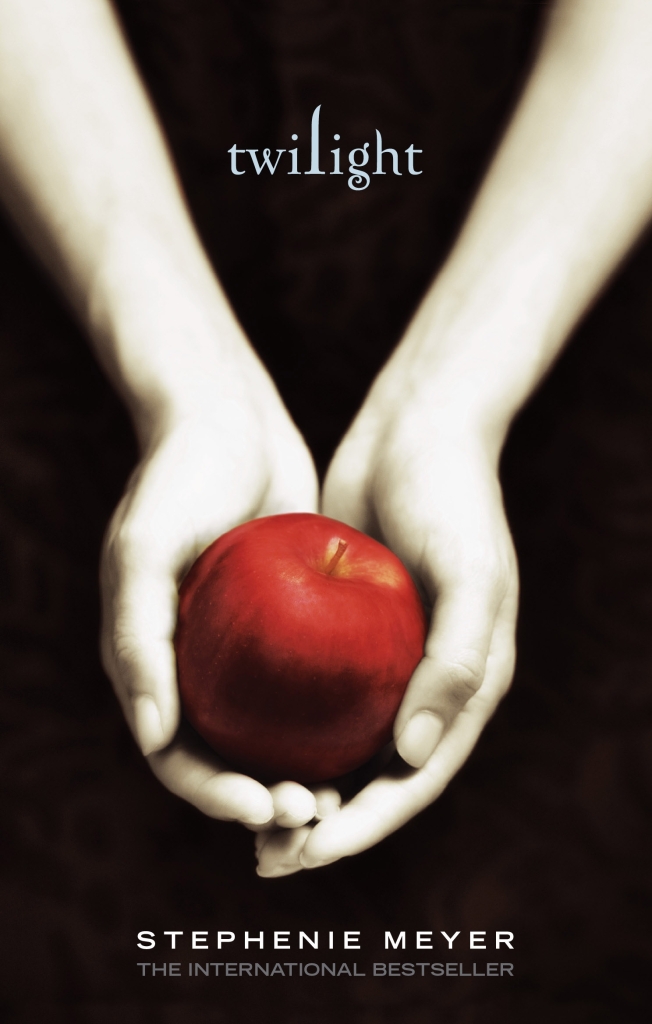 I don’t think I need to spell it out for you any further than that.

Audience of 7,000 Makes Film History at the Vatican

HOLLYWOOD – More than 7,000 film fans made history in Italy last night when they attended the first world premiere held at the Vatican.

The Nativity Story, a new movie about the birth of Jesus Christ, debuted as part of a benefit in the hallowed Paul VI Hall.

Pope Benedict XVI was not present for the screening, but U.S. Archbishop John Foley led the event by praising the film and giving director Catherine Hardwicke the Vatican’s stamp of approval.

Hardwicke was thrilled by the special screening and insisted she never expected the Pope to attend: “I think the Pope is pretty busy.”

Here is a more in depth article from The New York Times.

ROME, Nov. 27 — They will almost certainly remain strange bedfellows, Hollywood and the Holy See, but the two had a rare encounter on Sunday when the Vatican was the host of the world premiere of the New Line Cinema film The Nativity Story, giving an unprecedented stamp of approval to an American studio production. And though Pope Benedict XVI was conspicuously absent from the event, a clutch of high-ranking cardinals joined the more than 7,000 people who attended.

Held in Paul VI Hall next to St. Peter’s Basilica, the premiere started late, in true Hollywood fashion. The film’s director, Catherine Hardwicke (Thirteen, Lords of
Dogtown), and cast members were seated directly across from high-ranking church officials like Cardinal Tarcisio Bertone, the Vatican’s secretary of state, who ranks second only to Pope Benedict in the Vatican hierarchy. “I kept trying to look over there to see if they liked it,” Ms. Hardwicke acknowledged after the premiere.

That, of course, was a foregone conclusion, as the pope himself had approved of the film well in advance.

“It is well done,” Cardinal Bertone said, as Reuters reported. “It reproposes this event which changed history with realism but also with a sense of great respect of the mystery of the Nativity.”

The Nativity Story is a dramatic recounting of the courtship between Mary and Joseph and their journey to Bethlehem for the birth of Jesus. It is one of a wave of religious-themed movies due from Hollywood studios, which awakened to the potential of an audience for these films with the success of Mel Gibson’s Passion of the Christ in 2004.

Sunday’s event marked the first time the Vatican was the host of the world premiere of a full-length feature film, though last year it helped stage the debut of a television movie about the life of Pope John Paul II, at which Pope Benedict XVI was present. The premiere was also in sharp contrast to the tensions between some Roman Catholic groups and Sony Pictures Entertainment over The Da Vinci Code, which was based on a popular novel that challenges church doctrine.

———————————————-
The article goes on to compare The Nativity Story to The Passion of the Christ in terms of possible box office success. Read it here.
The Nativity Story looks like excellent film and something I would like. I’m looking foward to seeing it when I go home for Christmas (in 23 days!) The trailer is below: