Is Skyfall the best Bond ever? I’ll let Roger Moore be the judge of that, which is probably a good thing considering the train of thought I had while watching the movie last night. Some spoilers follow so read at your own risk.

END_OF_DOCUMENT_TOKEN_TO_BE_REPLACED 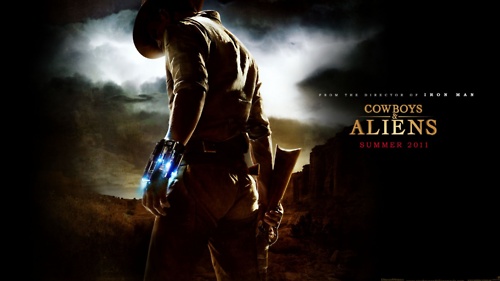 Man, Cowboys & Aliens. What a movie. Did I go into it expecting something great? Absolutely not, which made it kind of awesomely terrible. Maybe? Not really. I was turned off by a few things, mostly the overt sexualization of Olivia Wilde in an attempt to force chemistry between her and Daniel Craig. It just wasn’t there. Anyways, these are some of the lessons I learned from Cowboy & Aliens. Warning: spoilers follow.

END_OF_DOCUMENT_TOKEN_TO_BE_REPLACED

I go to upstate NY for the weekend and the red band trailer for the feel bad movie of Christmas – David Fincher’s The Girl with the Dragon Tattoo leaks on the internet. The fast-paced, quick cuts of scenes from the movie set to Trent Reznor and Karen O’s cover of Led Zeppelin’s “Immigrant Song” give us a real taste of what Rooney Mara brings to the role of Lisbeth Salander. So far, the movie looks worthwhile and change the the many doubters’ minds.

Update: I suspected the leaked trailer may be removed and it was. Here is the official trailer minus the nudity and blood. (It is still awesome.)

As someone who is not crazy about the books, I can get behind a new Hollywood movie adaptation. Considering how often books like Jane Eyre and every Jane Austen novel ever are re-adapted, we should expect a series as popular as Stieg Larsson’s to be re-imagined over and over again.

I’m eager to see what David Fincher will bring to series. If successful, the film’s depend completely on him to make this a memorable trilogy. More exciting is how Rooney Mara morphs from the high class vibe she consistently gives off into Lisbeth Salander, a character who is arguably on of the most iconic to come out of literature in quite some time.

So what are your thoughts on the teaser trailer and this adaptation of The Girl with Dragon Tattoo in general? Are you excited for the Stieg Larsson books to get a Finchian (yes, it is a verb now) touch?

In honor of National Ice Cream Week in the UK, Del Monte Superfruit Smoothies has created a limited edition popsicle in the shape of Daniel Craig’s nude torso.
Tasty! So, how comfortable would you be eating this in public?

Daniel Craig hasn’t even made his debut as James Bond in the upcoming Casino Royale, but that hasn’t stopped Diddy (wasn’t he P. Diddy like last week?) from claiming his dream role – James Bond.

HOLLYWOOD – Hip-hop star Sean ‘Diddy’ Combs has issued a challenge to new James Bond Daniel Craig, because he wants to be the first black 007.

The rapper, who has already appeared alongside Halle Berry in Monster’s Ball, is keen to expand his acting resume by playing the suave superspy.

And despite his dark skin and American accent, he’s confident he can play the iconic British part well.

He says, “One day the time will come for a black Bond and hopefully I can audition for it.

“It’s a dream of mine to play a great role like that.” Craig’s 007 debut is set for release later this year in Casino Royale.

I think he fits in very well actually.

But it doesn’t look like that is happening any time soon.Of course, with a franchise like the James Bond movies, critics count very little compared to the revenue generated.