As someone who consumes pop culture as if my life depends on it, there is always something to snark about after every awards show. But something remarkable happened during and after the Golden Globes last night: I was left with nothing to complain about. (Well, I could go on a rant about Argo but I won’t bore you with that.)  When the Golden Globes ended last night, I immediately reached the conclusion that it had been the most feminist awards show I had ever seen. Here’s why.  END_OF_DOCUMENT_TOKEN_TO_BE_REPLACED

I finally have had time to blog about this year’s Oscars.

The winners of the 82 Academy Awards have been announced and The Hurt Locker has been named the Best Picture of 2009! Yes! Yes! Yes!

END_OF_DOCUMENT_TOKEN_TO_BE_REPLACED 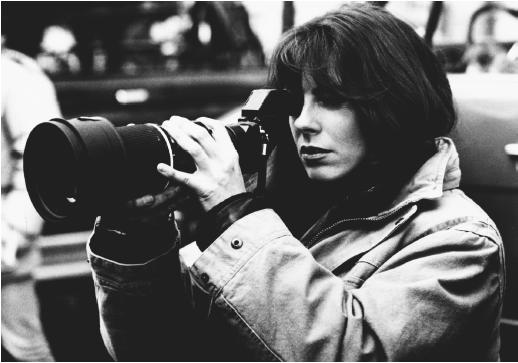 I posted my article published in The Mount Holyoke News about Kathryn Bigelow and how I see her potential win for Best Director. Here is another opinion this topic by Lisa Schwarzbaum in Entertainment Weekly.

…I’d like to think that if a man had directed The Hurt Locker as well as Bigelow did, then he would win the Oscar. I’d like to think that if Bigelow wins, the biggest benefit for women who want to make movies in Hollywood — a Hollywood run, as most of the world is run, by men — would be greater industry-wide recognition that talent comes in all sexes, colors, and sizes. A woman can make an action flick or a war movie; a man can make a feminine romance. All we want is to see stories that move us, excite us, entertain us, challenge us. Sometimes those movies are about alien blue people. More often, those movies are about people with whom we can identify, characters who look as young or old as we are. And as male or female, too.

What’s your take on what it means if Kathryn Bigelow wins Best Director?

Hollywood has long been a boy’s club and this truth has never been more apparent among its elite directors—Spielberg, Coppola, Scorsese, Lucas, Cameron, Eastwood. Their names are synonymous with a distinctive style, box office success, massive fan followings and accolades galore. Considering this overwhelming male-presence in the directing category, I’ve sometimes wondered what it will be like when a female director finally wins the Academy Award for Best Director. As a cynic, I’ve also pictured the world imploding 2012-style as this director makes her acceptance speech.

Throughout the 82-year history of the Academy Awards, only four women have been nominated for Best Director: Lina Wertmüller, Jane Campion, Sofia Coppola and Kathryn Bigelow, who is nominated for directing the Iraq War thriller The Hurt Locker. Kathryn Bigelow is often compared to her peers for her directorial choices. Unlike big-name female directors such as Nora Ephron (Julie & Julia) and Nancy Meyers (It’s Complicated), Bigelow is an action film director. For this reason, her films, which feature male characters and big explosions, are recognized as not being “female.” This fact is often harped on by critics when reviewing her films, including The Hurt Locker.

The Hurt Locker is the first post-invasion Iraq war film that has been a critical success. The film seems destined to be named the Best Picture at this year’s Oscars ceremony. The film follows a bomb disposal unit during the final months of their deployment. It is a graphically violent depiction of war yet has a moral message unseen in typical war films. Considering that war movies and female directors almost never go together, this unique moralistic message has been credited to the female presence behind the camera.

Bigelow recognizes the need to focus on her gender as a determining factor for why her action films are unique. But as she said in an interview with Slate magazine, “I think of a person as a filmmaker, not a male or female filmmaker…Yes, we’re informed by who we are, and perhaps we’re even defined by that, but yet, the work has to speak for itself.”

Still Bigelow is in the unfortunate circumstance of being nominated the same year as her ex-husband, James Cameron. Although Bigelow and Cameron are good friends and have even collaborated since their 1991 divorce, the fact it’s the first time a divorced couple has been nominated in the same category will be continually discussed by the media. It seems that no matter how female directors remove themselves from the patriarchal system that is Hollywood, there will always be a catch. The work of female directors can never speak for themselves.

This is why as much as I think that Kathryn Bigelow will win the Academy Award for Best Director on Sunday night, it is still one outcome I won’t believe can happen until it does.

Like every other award show leading up to the Oscars, the BAFTAs are seen as a predictor for th March 7 telecast. The winners were announced tonight in London.

“What an honour. Especially to be in this room filled with so many incredibly talented people that I have admired and been inspired by for decades. I think the secret of directing is collaboration, and I was so, so lucky to have a wonderful cast and crew. Jeremy Renner is so incredibly talented, and a cinematographer who is a visual poet, and my incredible editors. This is really amazing and humbling and deeply moving, and I think we all felt a real responsibility to honour the men and women in the field and to honour a screenplay and a screenwriter who risked his life to capture the chaos and tragedy of war. I would like to dedicate this to never abandoning the resolution to find peace.”

Meanwhile, Fish Tank, a film that is one of my absolute favorites was named the Best British Film. Director Andrea Arnold said:

“This is really a great honour. Thank you to BAFTA and the jury; it really means a lot to be supported by your homies. I had this weird dream last night that I was on a campsite and trying to put a tent, and every time I found a nice place somebody else came and put up their tent and it felt really significant but I’m not sure why. Thank you to all the people who worked hard on this, and, er, God save the Queen and thank you.”

Also surprisingly, Jacques Audiard “A Prophet” beat out Michael Haneke’s “The White Ribbon” for the “Best Film Not in the English Language.

Audiard said in his acceptance speech: “I’m going to try to say this quickly. This is the second time that BAFTA has awarded me this prize. I’m afraid that you’ll think I’m tired of it. I don’t want that to be the case; I’d like you to keep giving it to me regularly. I want to thank Optimum; if I have another son I will call him Optimum. If I have a daughter, I’ll call her BAFTA.”

Christophe Waltz and Mo’Nique continued their winning streaks in the supporting actor and actress categories. While Carey Mulligan and Colin Firth won Best Actress and Actor respectively. Are Mulligan’s and Firth’s wins a surpise over the other favorites? Maybe. This is the BAFTAs so they were more likely to win here than at any American award show.

And uh, Kristen Stewart won something. She beat out former Skins star Nicholas Hoult so I’m not taking this one well.

In other BAFTA news, Prince William has been named its new president, continuing a long royal tradition.