Rich Hardbeck (Alexander Arnold) is a character who speaks to me. He is strikingly similar to my friends from high school and there haven’t been many, if any at all, like him on other teen shows. Here are the basics about metal Rich: he listens to music, goes to gigs, and hangs out with his best mate Alo. And he doesn’t compromise. Ever. 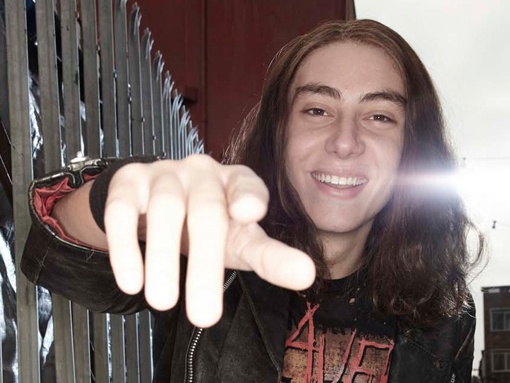 END_OF_DOCUMENT_TOKEN_TO_BE_REPLACED

Chris Collins (played by Jesse Carere) is a fun loving party guy. But when his mom abandons him and leaves him with just $1000, the party just might stop.

The full recap is after the jump.

END_OF_DOCUMENT_TOKEN_TO_BE_REPLACED

Last night it seemed that everyone was taking in the 17th annual SAG Awards. I was, however, was not. It is probably for the best since The King’s Speech win for best ensemble would have made me throw something. Instead I followed everyone’s updates on Twitter.

Here are some of my favorites:

On the award show’s relevancy:

On Betty White’s win for best actress in a comedy series:

I hope so RT @EriktheMovieman: So does Betty White winning the #SAG officially end the run of overexposure?

I wonder how many of those ppl have actually watched MARTY. Or had heard of it before reading the SAG Awards program earlier today.

This Lifetime Achievement Award is taking about as long as my entire lifetime. – J

the worst thing is I even like TKS. it's just not the best. and its ensemble was far from the best of the year. why awards season, why?

What did you think of last night’s SAG Awards and the winners?

Welcome back to Bristol, Skins fans. Effy and company have gone their way so we are starting fresh with a new cast of characters. With its American counterpart underway and most likely slowly getting into a groove, we should be grateful that this fifth season has also begun. (Two Skins for the price of one internet stream? Huzzah!)

END_OF_DOCUMENT_TOKEN_TO_BE_REPLACED

Before I begin this recap, here are two things. First, I am going to avoid comparing this Skins to the British version. It is my attempt to give this show a fair assessment. This will be easiest in this episode because Tea, played by Sofia Black D’Elia, is very much an original character.  Second, the Parents Television Council should tread very carefully. The more attention they give Skins will only benefit the show. Not that is necessarily a bad thing. The ups and downs of the premiere episode were (mostly) made up for in this episode.

Now lets get into it.