This adaptation of John Le Carre’s espionage novel is one of my favorite films from last year and one of the few I actually want to watch again. (There are not that many. 2011 was such a meh year for movies.) Director Tomas Alfredson and cinematographer Hoyte van Hoytema have made an exceptionally well-crafted film. And then there is Gary Oldman; his performance as George Smiley is quietly powerful and those are the best kind of performances. These are a few thoughts about what stood out to me about Tinker Tailor Soldier Spy the second time around.

1. Tinker Tailor Soldier Spy is packed with multiple plot lines and characters, some who appear for seemingly no reason. This is almost too overwhelming and distracting the first time you watch the movie. At times, the film’s pacing feels a little rushed because the writers were trying to condense and cram so much into a two hour window. I’ve read that the 1979 BBC miniseries is a better adaptation of the novel. Given the length of the feature film compared to the length of the miniseries, this isn’t a surprising observation.

2. Seeing this film a second time allowed me to focus less on the plot and more on the film’s style. Much of Tinker Tailor Solider Spy is about how it looks compared to other spy thrillers. The composition of every shot oozes with a 70s style. This is by far my favorite aspect of the film. 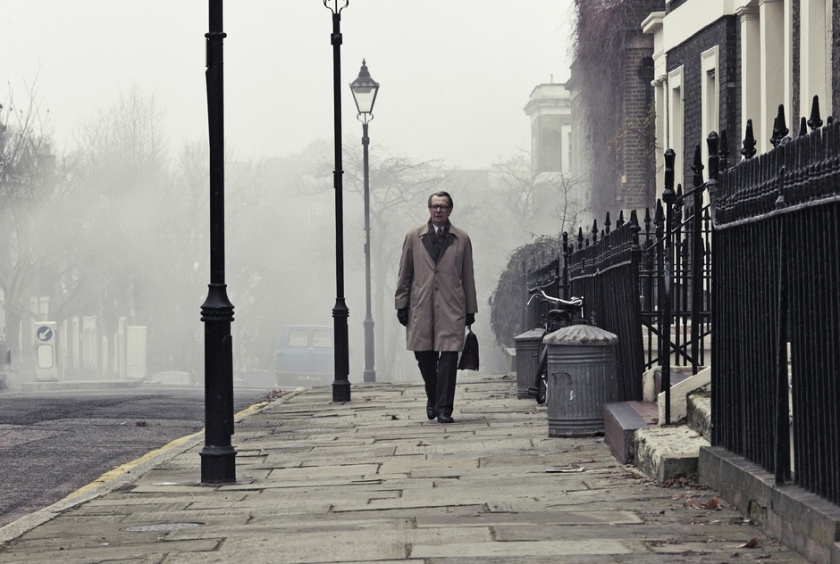 3. Alberto Iglesias’ score for Tinker Tailor Solider Spy is a delight, perfectly fitting with the action on the screen.

Iglesias also composed the score for The Skin I Live In. These are two of the best scores from 2011.

4. The song played during Tinker Tailor Soldier Spy‘s final moments is Julio Iglesias’ “La Mer”. It is a noticeable change from Iglesias’ score and even from the opening sequence that the finale more or less replicates. The addition of “La Mer”, which Alfredson described as “everything that the world of MI6 isn’t”,  to the finale gives a sense that the Circus is about to change for the better. This feeling might also have to do with the fact that George Smiley is at the helm.

5. When analyzing performance in film, more credit is given to flashy roles than is deserved. Almost as if the more dialogue an actor has the better. But when a character is silent and their actions are more subdued, the performance is more easily forgotten. Gary Oldman’s performance is restrained. George Smiley shows little emotion and only raises his voice once. His job as a spy (and why he is an effective one) is to listen and fall into the background. Oldman was interviewed on Fresh Air yesterday and this same point came up. This is how Oldman describes Smiley:

He listens. He sees everything and he hears everything but there’s an action in the listening in a ways it’s very active. It’s not just with the ears. It’s a complete physical thing with Smiley. He’s very, very restrained emotional. He is the spymaster. He has been over his career a wonderful interrogator and this is what makes him dangerous. He’s the leopard in the foliage, in the jungle. He’s the one you don’t see coming.

This is why, for me, Oldman’s performance in Tinker Tailor Soldier Spy stands out. I’ll remember it far longer than any other acting performances this year. 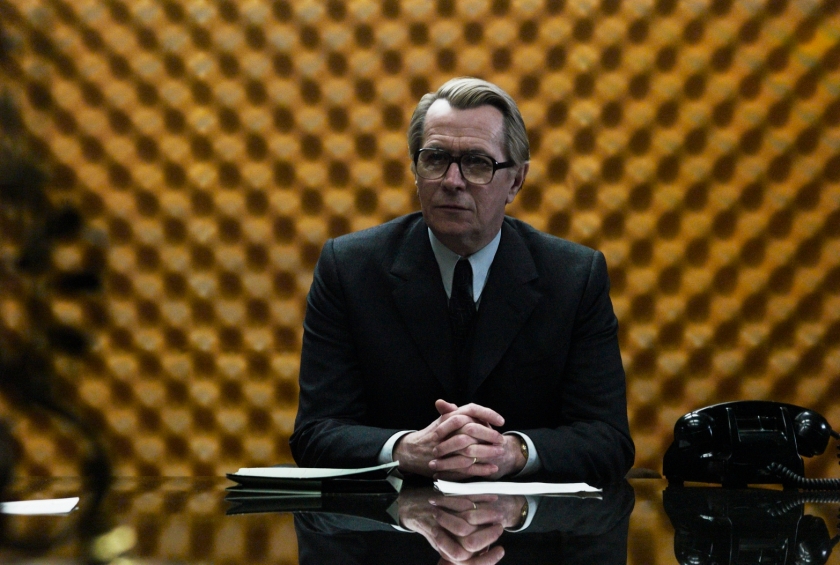 Are you as fixated on Tinker Tailor Soldier Spy as I am? Or did you not care for it? Should Gary Oldman be winning all of the awards? Or is that just me being crazy? Sound off below.